Other 160 km, without the help of long descends

Strasbourg-Ludwigshafen on the map is a couple of kms less than Davos-Konstanz but runs along the whole length on a plain level, without the about 1200 m of difference in height downhill of the Swiss stage.

Riding all the 158 km should then have been more challenging than the 160 km of Davos, but it also represented the best occasion to test how the group, in its final composition meant to reach 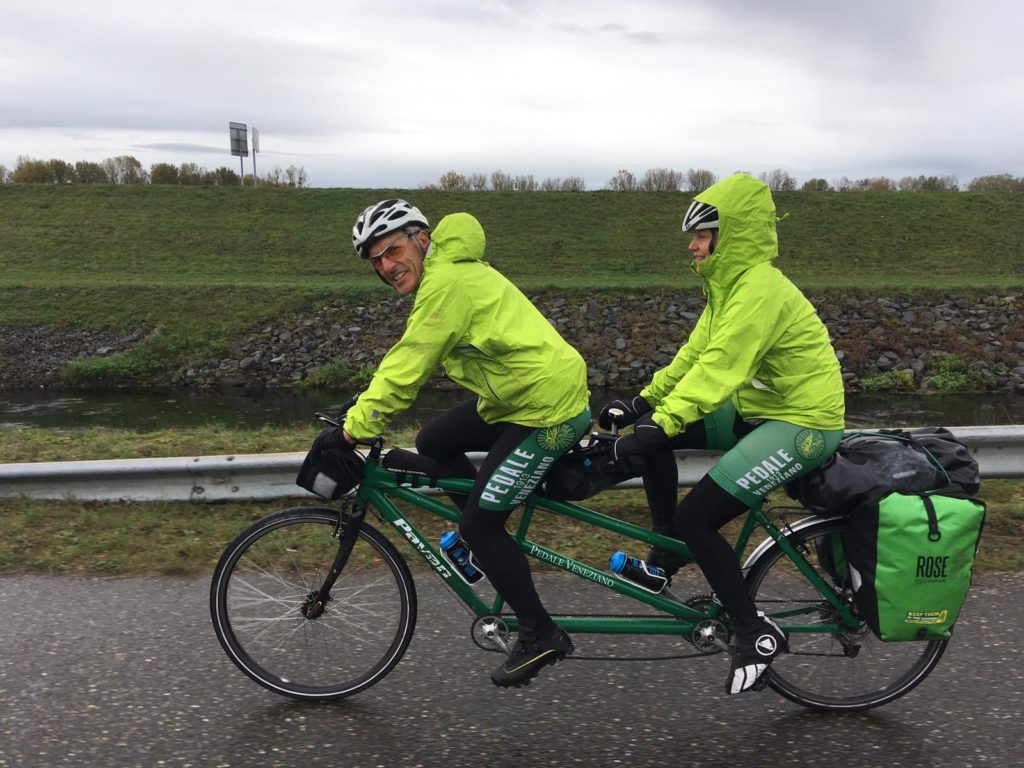 Brussels, would be able to move in harmony to minimize everybody’s efforts.
The exit from Strasbourg was particularly slow because of the several traffic lights we had to go through, all characterized by long waits even though the city was completely empty and sleepy in that slightly rainy Sunday morning.
As soon as we got out from the centre, it was impressive seeing the floor of the bike lanes so shabby, often marked by transversal signs on the route for safety reasons to indicate sudden leaps caused by the root that lifted the road surface.
In other sections instead it was the presence of a collage of asphalts overlaid over the years to make the riding uncomfortable with our heavy bikes.
It was surprising seeing such a condition of the bike path floors in a symbolic city of the European heart, where you would expect to find bike paths in perfect conditions in order to be an example for all the other European cities.
We had the doubt that it may be related to some generic policies at french level, because we found again similar not-optimal background situations even out of Strasbourg. After we crossed the political frontier with the Germany, not signposted by any signboard almost as if to symbolize the permeability of the internal European boarders, the road surface definitely changed and became smooth as a pool table. 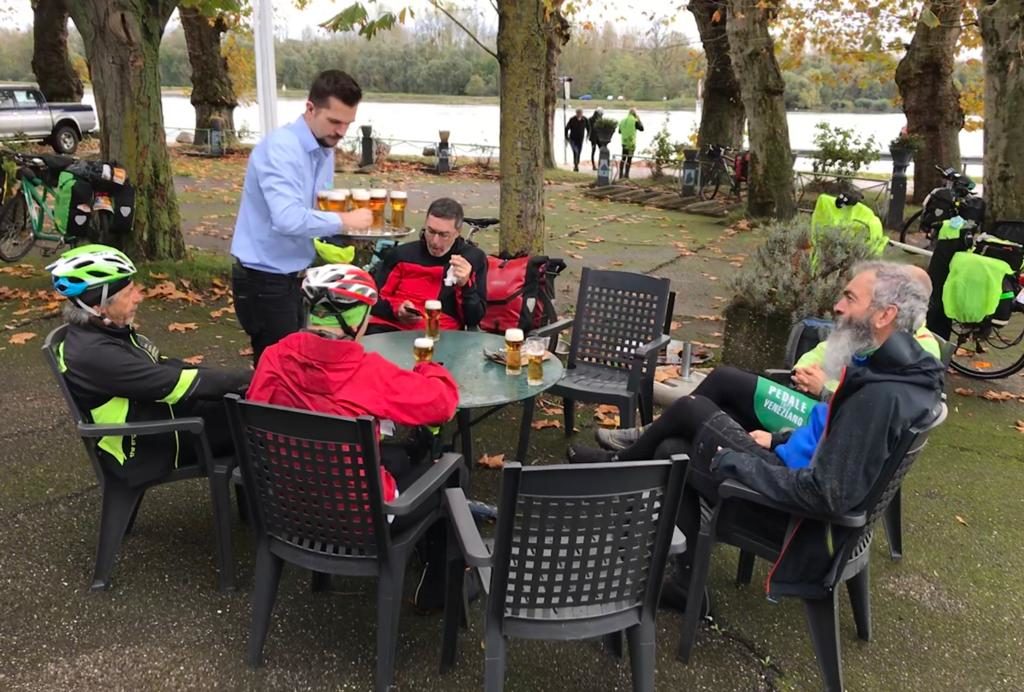 We rode since the very beginning of the day in an excellent way, as a snake moves firmly along the route, and apart from making pleasant the riding it allowed us to grind many kms. Once we got out from Strasbourg, we reached the Rhine that would have kept our company for all the day long, even if we left it for short sections to find it back few kms ahead.
With a group of 22 people, the managements of the breaks is fundamental to follow the time-table so, after about 70 kms, we decided to stop for a hot soup – even if it was only 11:30 am – at the first place of possible refreshment since we found the Rhine, not knowing when it would be the next chance.
The waiter informed us that the diner was full. We proposed to eat outdoor on the wet tables. We still have in mind his expression regarding our strange proposal, that became even sharper when we said we were 22 people willing to eat the soup of the day.
He disappeared in the diner to discuss with the cook and he came back with a positive response, but to be sure he asked several times “22 soups… to eat outdoor?”
And the spur of the moment became a fantastic lunch, almost as a country festival, with an excellent vegetables and mushrooms soup that deserved an encore and a local produced beer, simply delicious.
We departed with a fine riding as before and the satisfaction of the tasty lunch just savoured.

Everything proceeded well apart from the bad fall of Daniele who, while turning on the saddle to check that the back of the group wasn’t detached, didn’t see another bike coming from the blind spot of the sight.  A small skid and the break lever got stuck in the other bike, making it impossible to regain control of the bicycle hooked on the other and falling badly on the ground with a long grating on the asphalt and a big bump on the shoulder and the head. The shielding of the helmet was fundamental to avoid far more serious consequences and after a good watered of disinfectant and the confirmation that there weren’t severe damages to ride again, we got back on the saddle and departed again.

Thanks to the group’s constant riding at 5:15 pm we reached the hotel, ready to have a shower and a short visit of the industrial city of Ludwigshafen that, besides being of recent foundation in the middle of the IX century, has been destroyed to 90% by the British and American bombings during the Second World War.

Our guide was Marcel, the municipality’s representative that gave us the letter to be delivered to Brussels that piled up on the many that we collected along the way, which you can see here. 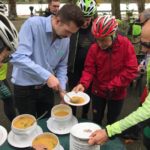 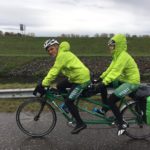 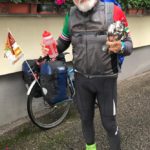 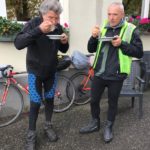 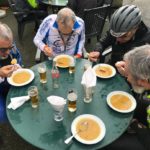 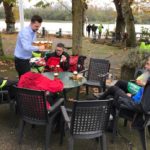