The delivery of the letters

For the first time since we started our journey, we woke up without looking at the clock and free from the worry of staying on schedule.
We met each other in random order in the breakfast room of the Manhattan Hotel characterized by wooden friezes, memory of an ancient splendor in full contrast with the decadence of some parts of the hotel structure including the management.

It was a wonderful day, with a clear blue sky in contrast with the grayness and the rain of the previous ones.
We gladly left our bikes in the garage to get around by metro for the appointment at 11.00 am with the representatives of DG Climate of the European Commission: Liviu Stirbat, Deputy head of Adaptation Unit at the European Commission, and Silvia Stefanelli, Policy Officer at the European Commission, DG Climate Forestry and finance for innovation.
The objective of the meeting was to deliver them the letters collected along the way – a symbolic conclusion of our journey – and to have the pleasure of a direct discussion on the European policies and actions regarding climate change.
The reception was beyond our expectations. For the action we have undertaken, able to combine the use of the bike together with the service of postmen of people’s requests to the EU Commission. But also for the moment in which we have undertaken it, at the turn of the European election and the start of the new Commission, precisely the reason why we chose to ride to Bruxelles. The signal coming from these elections is clear, considering the higher turnout of European citizens, the numerous presence of young people and, in many countries, a strong consensus obtained by the “Green Party”.
In some ways the choice to assign the “climate” to a such a leading figure such as Timmermans, Vice-President of the Commission, is a clear message of the key role that represents this problem. Indeed, Ursula von der Leyen has claimed that she will give a strong sign of change even in the first days of activity of the Commission, which should come into force the next December.
Among the various actions that will be developed, there is also the “Climate Agreement” with European citizens, a sort of communication channel to be set up in order to open an active dialogue on these issues.
In some ways our letters represent a first example of people’s request addressed to the Commission, and therefore Liviu and Silvia committed to deliver them to Timmermans. We delivered the letters (available here) one at time in a nominative way in order to add value to each messages contained in them.

Another interesting topic of discussion regarded the desire to include climate actions within a broader Green Deal, in order to take advantages from environmental issues, such as biodiversity or reduction of air pollutions.
The historical moment, that we are facing, is well-timed for the European Union, in fact, there seems to be harmony regarding the climate change issue between the European Parliament and the upcoming Commission, considering that the first asked for even greater ambitions and actions that will be developed by the latter.

We also had the opportunity to share with Liviu and Silvia our concerns about the inconsistency still existing within the EU. Starting from the City of Köln in Germany, that we personally experienced, at 20 km from the City of Köln – particularly committed to climate change – there is the Hambach open-pit coal mine, which is literally eating entire countries.
On the other hand, it is interesting to realize that is back on the agenda of several municipalities the introduction of duties added on goods coming from countries that do not respect climate change commitments.
We left after a long and pleasant chat, handing over our “bag” of letters that they will deliver to the upcoming Commissioner, Timmermans, as a very first step of an important part of the EU that asked for broader actions to cope with climate change.

That was it the sixth adventure of Ride With Us!, with the greater participation ever recorded and impressive numbers:
– 1560 km travelled;
– 13 non-stop days in complete autonomy;
– about 10,000 m elevation gain;
– 80 participants who rode for at least a good part of a stage;
– 22 cyclists who reached Brussels;
– an overall metric development of approximately 37,000 km travelled;
– 8 local administrations involved along the way;
– 8 evening events;
– 3 European institutions met (Committee of the Regions, MEPs, DG Climate of the European Commission);
– 9 letters of municipal administrations delivered;
– 7 letters from other interested parties.

The management of such important numbers has proved the completely voluntary organization of the initiative, which has however worked perfectly. A special thanks for this goes to the organizing committee composed by Daniele, Paolo, Corina, Alberto F., Nadia, Dino, Mauro, Alberto LG, Lucia, Gabriele, Franz, Claudio, Massimo and Ivan.
A special thanks also goes to “our” graphic designer Selene, forced to work very tightly, to our webmaster Alberto, to Voltapagina for printing banners and nameplates for our bikes, to Chiara and Paolo for organizing the institutional meetings in Brussels and to Leonardo for organizing the one with Italian MEPs.
A big thank also to Carlotta from Aequilibria who has sorted all the information, promptly updated the official website and social pages and has been an essential fulcrum of the whole organization.
Finally, a huge thank to everyone who decided to take their bike and ride with us, even for a few miles only.

It’s hard to say right now if there will be another edition of this tour that has grown every year in terms of participation, reaching levels that are no longer manageable in a self-financing way and, if so, what other form it can take in the future.
The satisfaction of what has already been achieved remains, with the effective demonstration of how the bike can be a powerful tool to convey a symbolic message for broad and rapid actions to combat climate change. 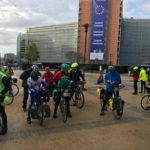 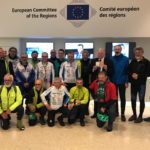 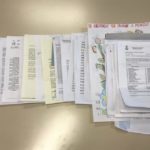 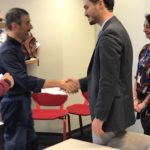 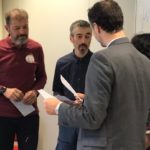 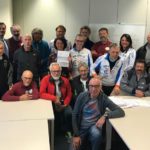 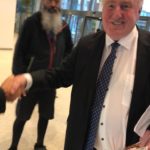 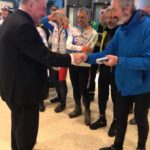 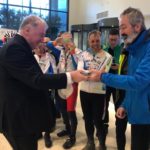 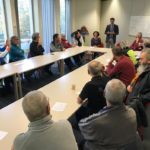 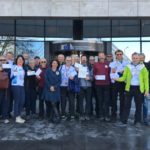 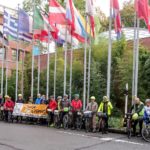 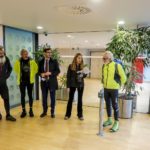 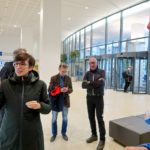 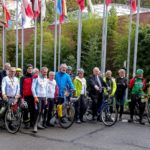 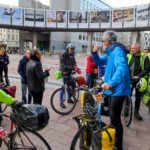 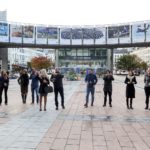 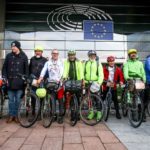 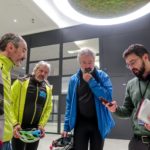 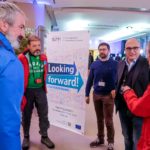 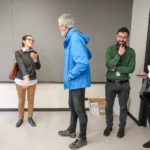 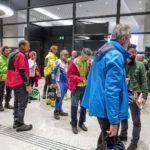 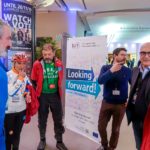 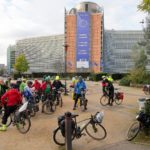 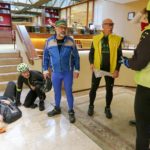 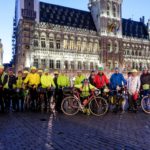 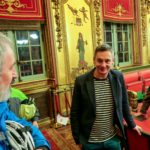