Rain and wind against us

From Strasbourg to Nancy is the longest stage of our tour: around 154 km with continuous ups and downs in the second part of the day.

The weather conditions contributed to transforming this stage in one of the hardest, because of  persistent drizzle and a strong wind against our main direction.
We left Strasbourg at 7.30 in the morning when the city was still waking up and we rode for more then 40 km along one of the several canals in the area.
The landscape was nice but we had difficulties to look around, because we needed to stay concentrated in order to  to ride against the wind.
After around 70 km we found a small restaurant in the middle of nowhere where we took the opportunity for a rest and to change our soaked, cold clothes with new ones.
After that the up and down part started, with only some parts in bicycle path along canals.
At the border of Strasbourg we didn’t take the shortest way, preferring to ride along a bicycle paths, but at the end we missed the last one and we ended up in a place full of mud that blocked our tyres and dirtied bicycles and shoes. At the end we found a self washing car area where we cleaned up the bicycles and ourselves.
We arrived at the hotel after 21.00 (after 160 km and around 700 m of rise done), exhausted and asking only for a shower and some dinner (and at the end we found it in one of the last restaurants still open after 22.00: an unforgettable gratin of potatoes and cheese…).
At the hotel we also met our friends Mauro and Alice, who will ride with us for the next days.
And tomorrow we’ll have another 150 km… 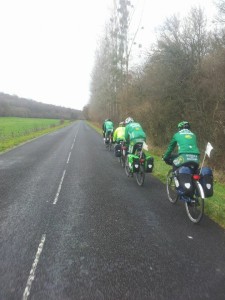 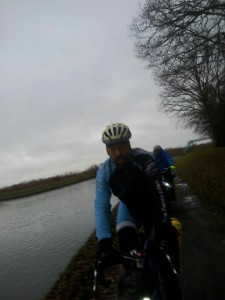 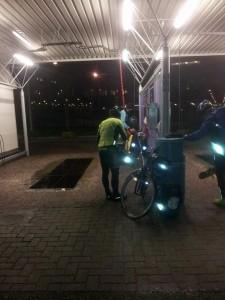 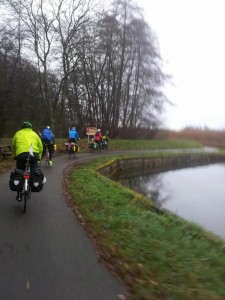 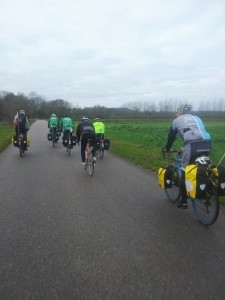 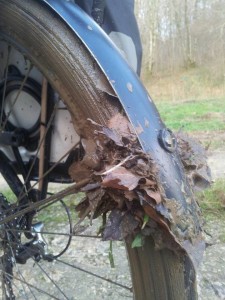 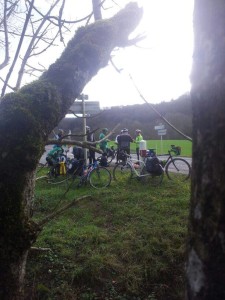