From Bad Mergentheim to Darmstadt (130 km) we had almost 900 m of global increase of altitude with a couple of real uphill, hopefully the last ones of our tour.
We left the hotel at 8.00 in a very cloudy day and after a dozen km a light rain arrived. Also today the bike track was very nice moving in a fascinating landscape, mainly flat with occasional  light uphill and downhill. We had a first real uphill after around 30 km, very steep in the final metres. Later, we moved to the forest where we cycled for many km on a soil of beautiful (and dangerous for the bike stability) colored leaves. We also found a couple of fallen trees in the middle of the bike path and we had to go round them in the first case carrying our heavy bikes with us over the obstacle.
But the rain stopped after we came out the forest. After a rich stop at a “bäckerei” for lunch, we arrived near the second uphill. But when we arrived on the top of the hill we discovered that our track would have made us ride in the middle of grass and mud in a trekking path.
Thinking about the bad experience we had with mud during our Venice-Paris in 2015, we decided to follow an alternative track and after a flat tyre in Paolo’s bike we had the last uphill. Due to the change of track and the puncture we arrived half  an hour late to our appointment in Große-Umstadt with Bernd Schäfer of the city of Darmstadt (he is responsible for the twinning activity) and his friends of Europerad. We cycled  to Darmstadt with them and we arrived at 18.00 in complete darkness.
Bernd guided us around  the centre where he showed us that this area is open only to pedestrians, bikes and public transport. The centre is not allowed to cars and the whole area is full of people. It means that it is not only a possible but even a good solution for a city.
This message is sent to all the timorous local administrators that still haven’t decided to make this basic decision. 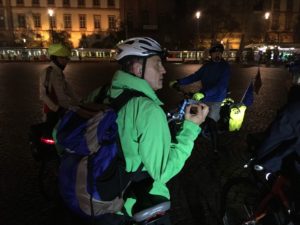 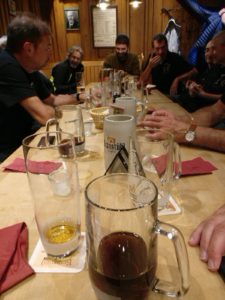 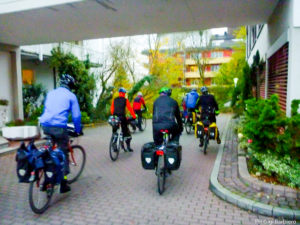 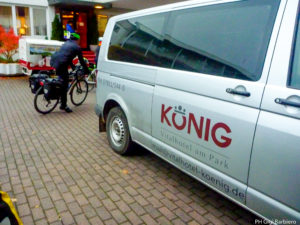 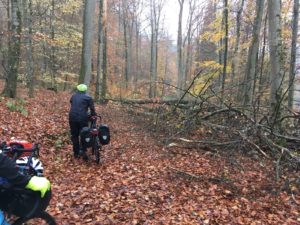 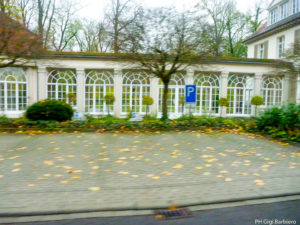 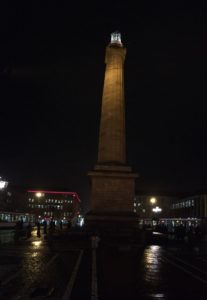 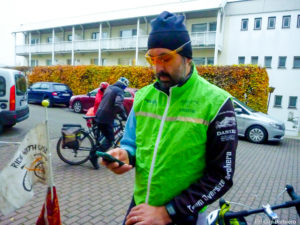 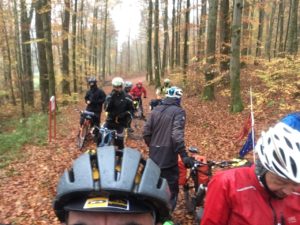 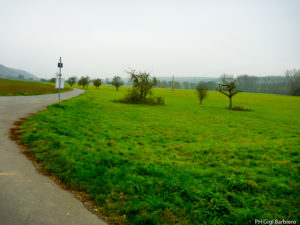 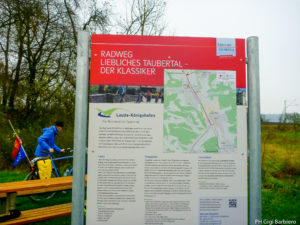 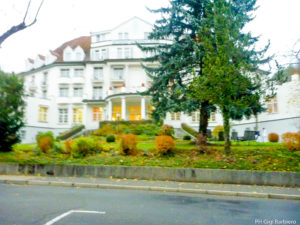 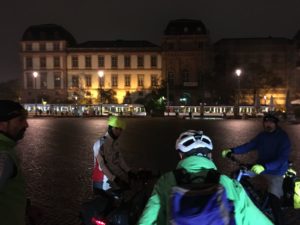 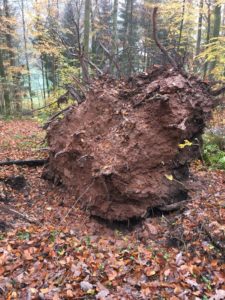 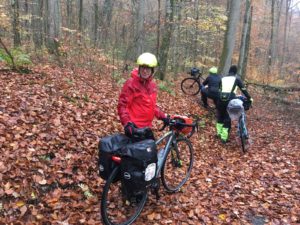 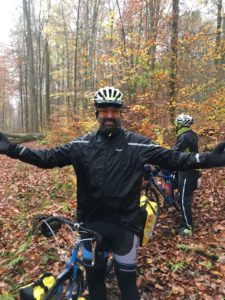 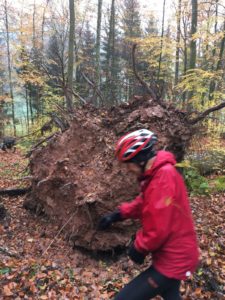 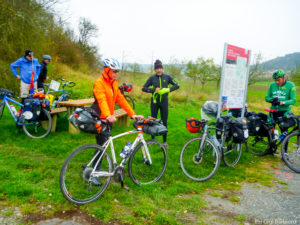 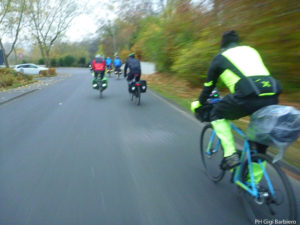 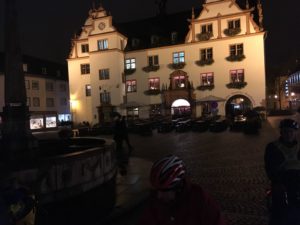