From snow to snow storm… to Freiburg

One more time snow. But today it was a little bit more than snow, because in Blumberg we woke up with a kind of  snow storm.

It was clear from the early morning that we’d have another hard day on our bikes, but our commitment to the project was so high and deep that nobody had any doubt on what to do or was annoyed about what expected us during this day of ride.
Somebody said “Come on guys, let’s go to Paris” and every body started to ride singing together some popular songs.
In addition to the strong snow we also had a very disturbing side wind, which  increased the difficulties, in particular during the uphill.
On the other hand,  today was also the opportunity for those  who had taken  the train from Landeck to Bludenz to try the experience of  riding in the snow.
Every time  we stopped  to talk with somebody we received as final comment a sentence like “you are crazy Italians” (in particular Roberto, with the thin  tires of his bike…).
We received the same kind of comments from a group of men we met in a cafe at Lenzkirch, where we stopped to warm up and dry a little bit.
The condition of the bicycle paths due to the snow obliged us  to change the planned track several times  and to find some alternative options, as the main traffic road we took  from Kapell to Neustadt and  the long downhill from Hinterzarten to Freiburg.
When we arrived in Freiburg we had just the time for a quick shower in our hostel and we took  our bicycles again (oh…how light they were without our luggage!) to ride to the evening event at Joß Fritz Cafe with the representative of the local Green Party, where we discussed our project and the local policies of the City with Mark, Carola, David (a 27 year old city council member) and several other people. David informed us about the commitment of Freiburg city to achieve the target “zero CO2 emission” within 2050. 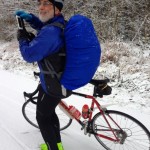 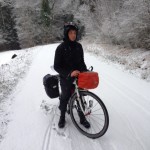 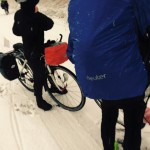 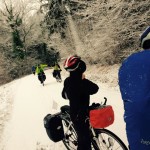 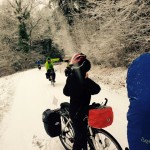 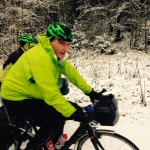 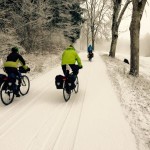 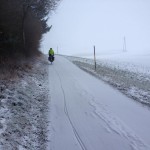 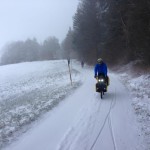 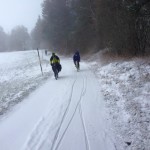 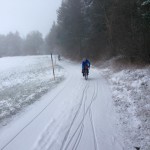 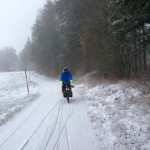 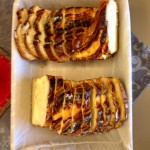 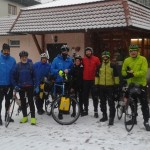 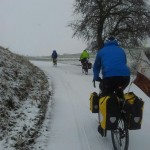 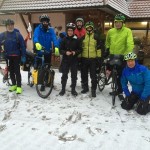 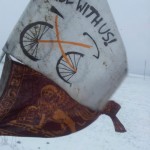 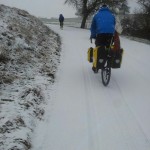 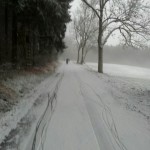 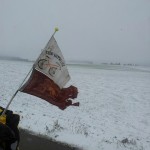 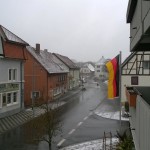 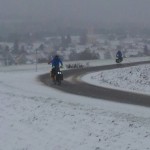 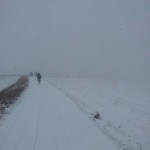 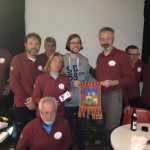 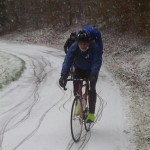 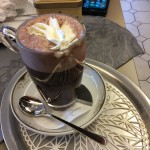 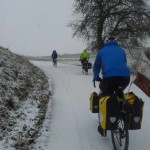 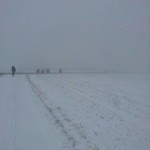 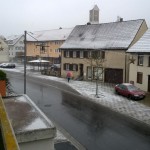