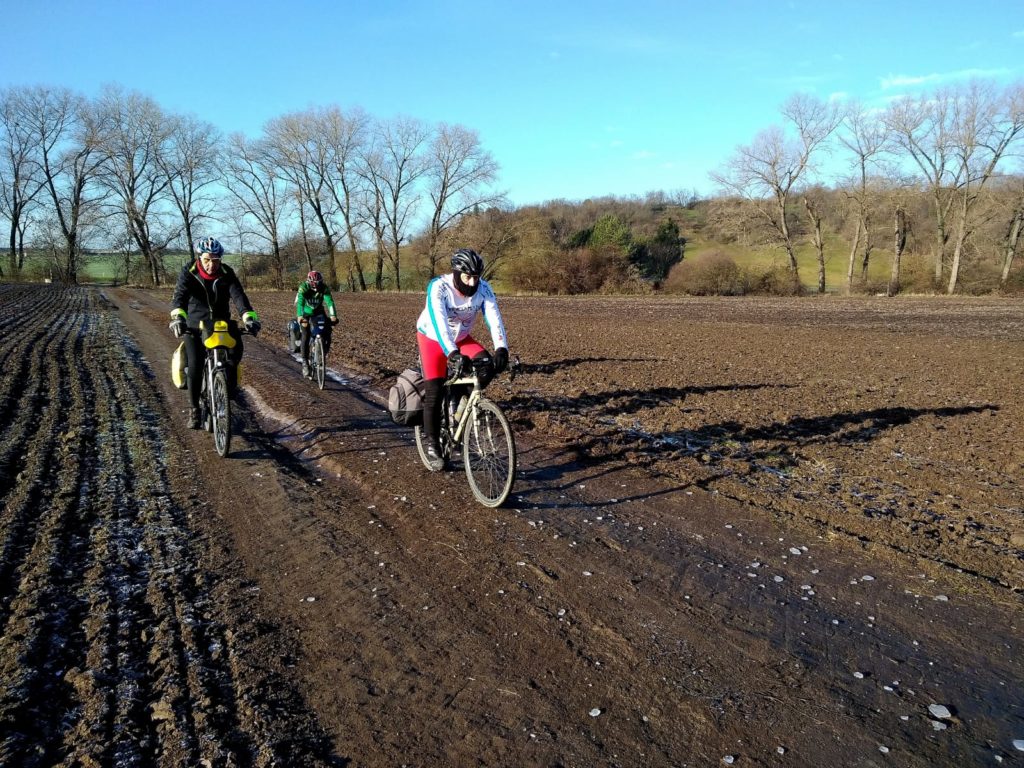 Loading the bags on our bikes before the start is the inevitable ritual that led us every morning after having an abundant breakfast. This morning, however, we were all busy, except for Roberto who arrived on late, as usual, with his seraphic calm, to clean the chain of his bike. In fact, its continuous movement have transformed the mix of lubricating oil and mud collected along our long path in a dark doughy sludge. The collective upkeep of our bike was stimulated by the presence of a bright sun, even if the temperature was clearly below zero. This was confirmed by the icy puddles that we encountered along the way and by the thin layer of ice that covered a big portion of roads. However, this was the first time that we had to face this kind of situation that we did not experience in the previous days despite the equally low temperatures. Crossing the border from Austria to Czech Republic made us go through a radical change in terms of safety for cyclists, especially during the winter season. During our Austrian days of cycling, we experienced the great roads network designed almost every time for cycling and in addition a safe path thanks to the spilling of salt or gravel. Moreover, in Austria we found a great attention and respect from car/truck drivers to pedestrians and cyclists.

In the Czech Republic things work in the other way around: drivers drive definitely in a reckless way – worse than what we unfortunately experienced on two wheels in Italy – and sometimes they continue to proceed arrogantly at higher speed towards the bikes, trusting that in the end the “weaker vehicle” will move from their trajectory. Additionally, it must be added that roads did not seem to get in touch personally with salt or gravel for a long time, and that they are designed primarily for cars, except for the beautiful bike path that we crossed yesterday night before get into Brno from the south. For all this reasons, we proceed slowly and carefully for getting out from Brno. But descending a overpass composed by several lanes from the rear came a clear exhortation from the head of the group: “STOP!!!”. Unfortunately, this time the request was not advance to wait for those who left behind, but to a series of falls that – seen from the base of the overpass – seemed to be a single tangle of bikes. Renato was the first who fell due to a small hole in which the front wheel ended or perhaps suddenly touched the brakes. Brakes that were obviously touched by those who followed him, causing a successions of falls like skittles hit by a bowling ball. So the tandem of Alberto and Corina and the bikes of Gigi C., Giampietro and Dino fell. So many beatings and fright for everyone, but after a first check it seemed that there was nothing serious for anyone. We proceed for a few kilometres along a major road characterized by “rise and fall” within the undulating landscape in the north of Brno.

Finally, we left the main road and after a short break to recover from the last bad half hour we crossed a stretch of land evidently muddy, but so frozen (luckily for us) that have turned out into a kind of solid cement. 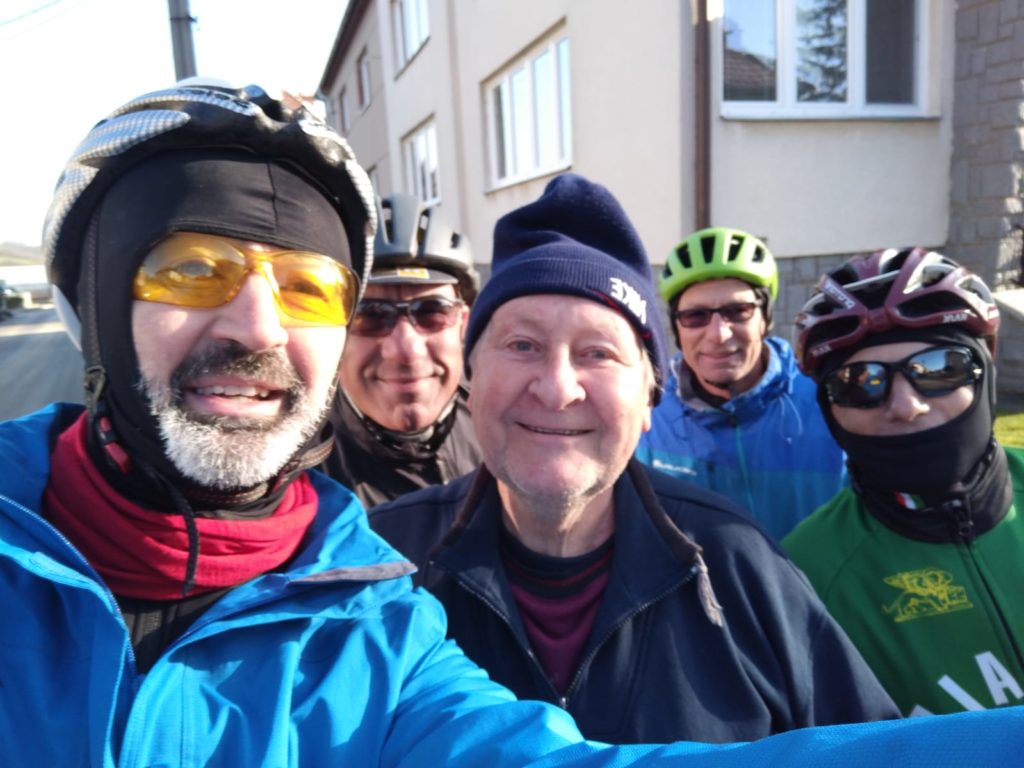 At some point, we stopped to talk to an old man right outside his home. He noticed that we had some troubles with a chain, so he opened to us the doors of his garage. The garage was equipped with: a lathe, many different tools and spare parts all arranged in shipshape. The cups, arranged close to images of other times, revealed that Stana was an undefined Ping-Pong champion. After a while one of his friends arrived and the two old men tried to fix the broken chain. However, they did not seem to be familiar with bike’ mechanics in general. The stop became longer than expected and a first group of us get back on their bikes to not freeze. We remained in five and in the end we persuaded Stana to be covered by the wise direction of Dino that inserted a false link to fix the chain. In a few minutes everything was settled and we offered a small contribution to reward the great generosity of the old man. We urged him for a long time to take our offer that he accepted only in the end, but we came back together with two bottles of slivovitz and one of beer. For the first time in my life I had the experience of going to a mechanic and being rewarded for this. We started riding again through the inevitable gentle “rise and fall”of the route to re-join those who had left before.

Along the countryside four roe deer crossed our way on the right side. Once they had understood their mistake, they immediately proceeded in the opposite direction, running alongside and converging slowly towards our way. The first three crossed the street with the loud clatter of hooves that hit the asphalt, while the last one – that was only a couple of meters away from us – together with the others were forced to a sudden change of direction  in order to avoid the crash with the caravan of bicycles.

We now proceed at higher speed deciding to limit the stops at minimum rate to reach Prerov as soon as possible because of fear of having to deal with busy-freezing roads during the night. We passed close to an airport with a large number of disused aircraft and helicopters that date back to the times of the Iron Curtain and we arrived before 3 pm at our hotel in Prerov. We just took the needed time to eat a quick nibble and relax a moment, before taking a walk in the city, where we discovered with pleasure that there was the celebration of San Nicola. Therefore, we had the chance to enjoin the beautiful fireworks and drink a good and warm local brûlé. At dinner we made a toast with the slivovitz that Stana donated us this morning, and finally we drove away the tension of a day that has not really started in the most promising way. 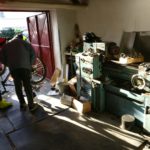 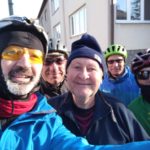 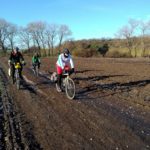 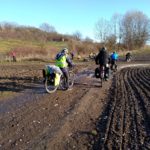 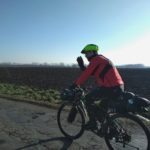 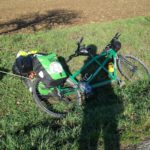 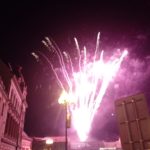 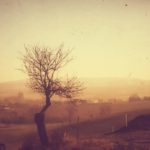 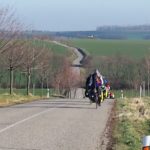 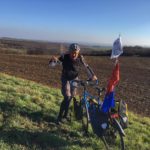 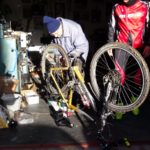 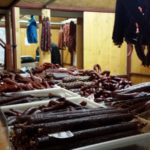 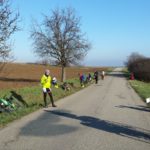