We come into the Czech Republic 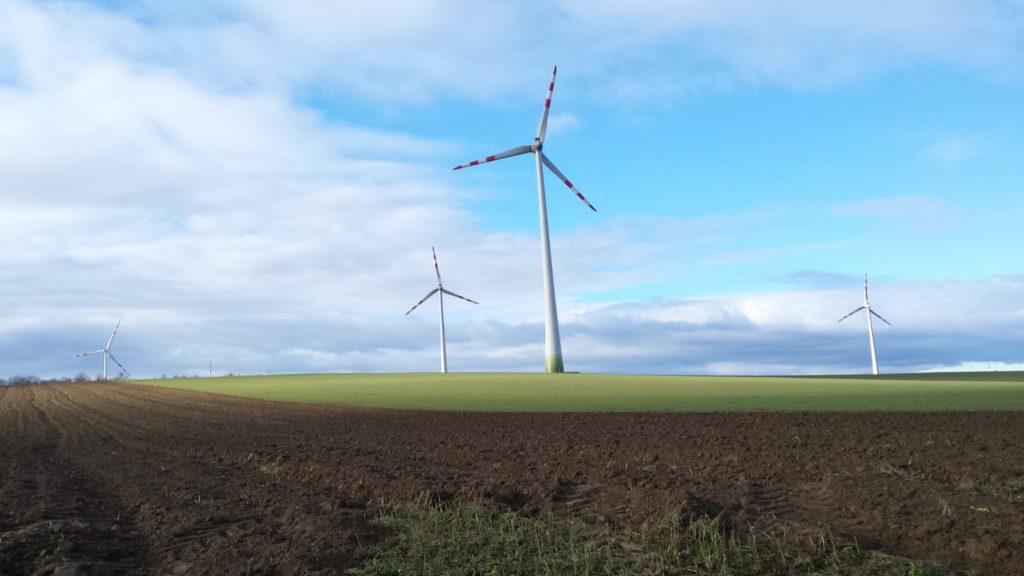 The eighth stage (Wien-Brno) was definitely challenging with its 144 km of length, characterized by an initial sawtooth layout and by an unknown end-track.
In fact, we detached from the most familiar bike tracks towards the EuroVelo 9 route that we did not know the distribution between bike path, roads mixed with the car traffic and dirt roads.
All this, together with a pair of painful knee, persuaded Claudio, Gigi C., Giampietro and Toni to catch the train, since all of them are determinate to arrive in Katowice by bike, so they did not want to compromise their goal.
At the start we said goodbye to Gabriele, Augusto, Marco, Ugo and Tiziana who have joined us from Venice and we pedalled in order to get out from the beautiful Vienna. The weather was a interchanges between freezing temperature like the vegetables department of the refrigerator and the sunburst in the sky as a tropical climate, in comparison with the weather conditions of the previous days that was a real relief. The nice weather elated us so much that someone started singing the classic Italian song “O Sole mio”, also to emphasised our origins among the pedestrians that we met on our way.
The fantastic track of Paolo took us quickly out from the city to the Austrian countryside.
We sighted a hare to the left and here after a group of seven roe deer that started running just ahead us and in parallel. They seemed to be part of a hypothetical sprint against the group, whose final score was obvious since the begging. They run close to us in their beauty for a time that seemed to expand, until they decided to cross the path, showing with how much grace and power they made their light leaps and allowing us to count them precisely.
The landscape around us was enchanting, characterized by country houses that, approaching the Czech Republic border, changing their architecture. The combination of sky, light and countryside were captured into beautiful photographs.
It was funny to observe how Austrian villages were completely desolated, while we still sighted several roe deer. In the end, we could confirm that we met more roe deer than human up to the border (including the restaurant owner where we stopped for a sketchy meal).
At some point, the sky began darker, this made happy the photographers of the group that found additional prompts to be captured into other beautiful images. The changes in the sky, however, was followed into the distance by a large column that combined the clouds to the earth. Unfortunately, we well-known that it represented a serious downpour. Additionally, we observed that the roads that we were travelling on were wet, we hoped that the storm crossed already our path. Nothing far from this, soon after few heavy isolate drops persuaded the most foresighted to get dressed with rainwear. But the buckets of water that rained from the sky in a short distance, easily convinced even the more reluctant to change their clothes.
Ten minutes of intense rain and wind convinced us to stop for having lunch and when we started again the weather came back to more auspicious conditions. 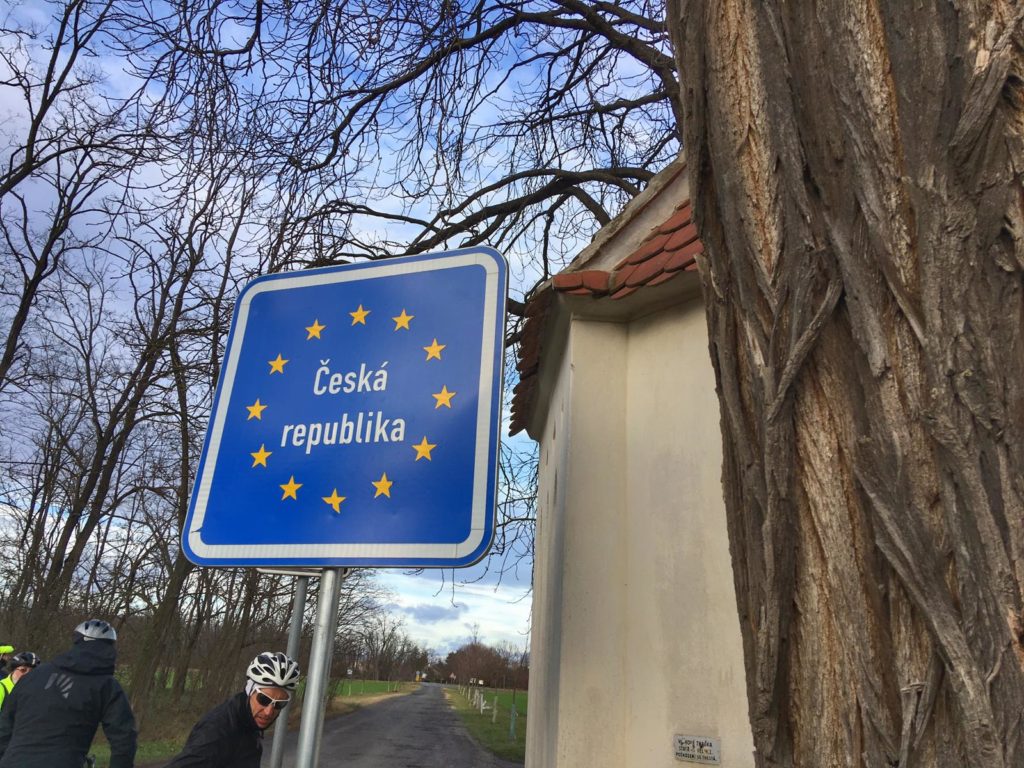 We crossed the border passing by a dirt path, represented by nothing more than a little house of a few square meters of surface and a sign with the EU flag and the Czech Republic inscription. The contradistinction between the concrete blocks abandoned on a field not far away – remembrance of a less pervious border in the past – and the simplicity of the blue-background sign with the stars of the EU necessarily led to reflect on how much history has changed for this small corner of Europe.
Beyond the border, magically we started to see people in the street and a swarm of life.
We faced about ten kilometres with a strong headwind, which had been forgiving so far pushing our pedals. Now, it blew strongly and directly into our faces, forcing us to push with great effort on our pedals. Fortunately, it lasted in a very short time and after a while it turned to milder conditions.
Then we entered on a small village, where some of us stopped for a coffee, here in many light poles were fixed speakers which reproduced a relaxing music. After a while a female voice resounded in the whole village, speaking a completely incomprehensible speech in Czech, therefore we perceived a feeling of unease for this Orwellian situation.
We left the village, ready to ride the last 30 km. Right at darken, Renato broke the chain. Fortunately, the magic hands of Dino arranged everything in a very few minutes. Before the arrival, Ivan and Paolo punched holes, but we managed to be at the hotel at 6.30 pm, half an hour earlier compared to the program.
At dinner we met a boy from Vicenza who works as export sales manager for a company that trades photovoltaic panels. He was also well informed about the COP and the negotiation process. There was the occasion to talk about renewable energy sources and their current/future development, his conclusion was a small signal of the great change that we are already going through: “The renewable sector is one of the most developing sectors at the moment, where it is easier to find professional job opportunities.” 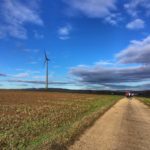 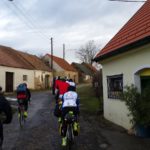 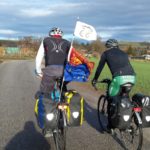 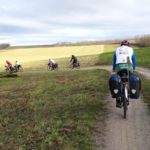 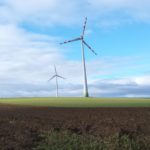 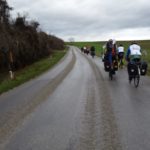 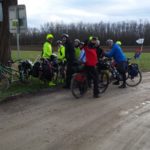 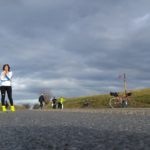 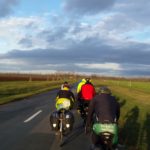 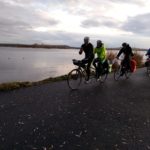 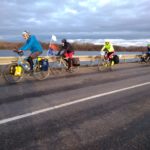 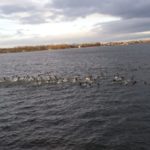 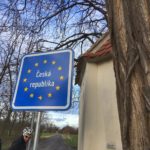 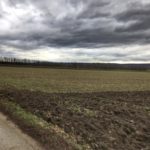 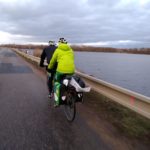 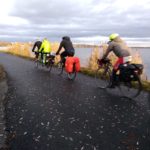