It comes the rain!

Last night the rain carried us during our walk back from dinner, as tough it wished us goodnight in anticipation of the next day’s ride. During the night the rain has increased in intensity but, fortunately, in the morning it had definitely decreased.
At breakfast also Augusto and Toni decided to caught the train together with Gabriele and Claudio. In fact, the ride towards Linz will be very demanding, so they would not want to compromises their arrival in Katowice. 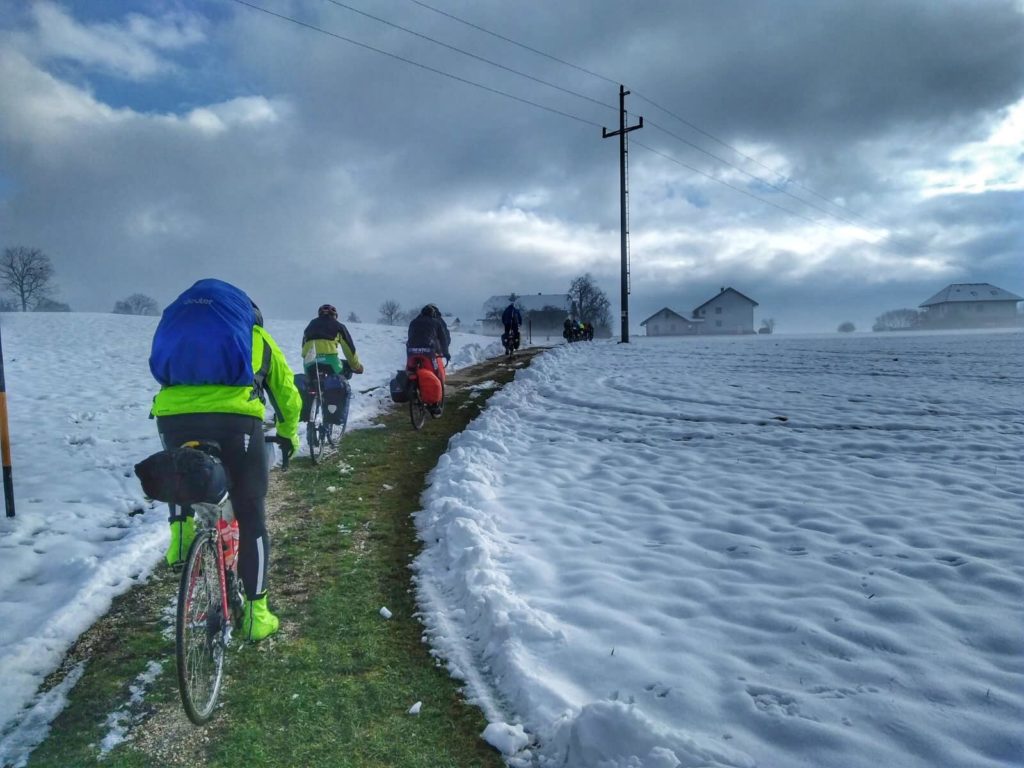 We started at 8.15, fifteen minutes late due to the light rain that instilled doubts to everyone regarding the type of clothing to wear, and many of us put on and off their rain pants several times, with the same indecision of a Formula One mechanic that has to choose whether to set up wet-weather tyres in case of ominous sky.
Most of us chose to wear the rain clothing but, as often happens in such situations, it stopped raining very soon.
The first hills, sometimes demanding for our bikes that carried so much luggage, turned out the rainwears into a personal sauna and after a few kilometers we stopped to take them off.
And, in perfect agreement with Murphy’s law, after a few more kilometres it started rain again, this time without any doubts. Thus, we stopped one more time to get changed. Finally, we rode again and after a mockery slowing down in intensity, it started raining, even if not particularly intense, but we had at least the pleasure of finally wearing the proper clothes.
For several tens of kilometres the track continued to alternate “rise and fall”, which were certainly not the best exercise for the elasticity of our legs, continuing to gain altitude.
After about 40 km we decided to take a break and aim at the top of a hill as a goal for a little “well deserved” rest. Luckily, there was a small family-run restaurant right on the hilltop, actually it would be more appropriate to define it as a family kitchen opens to travellers.
The adjoining room with the kitchen, where a man was having his meal, presented five tables. In one of these, six customers were seated, perhaps some local hunters who were chatting quietly. Another table was dedicated to an ironing board, and we overrun the left space to drink a warm coffee or a refreshing beer.

After the break we started to lose altitude, always in an alternation of “fall and rise” roads that cut across a snowy landscape.
In one of these downfall, a herd of six or seven roe deer – that lightly jumped on the snow, to take refuge into the grove at the top of a hill to the right – crossed our road into the distance.
Soon after, we saw to the left a group of hunters who surrounded the base of a hill, stationed at a regular distance from each other often with a dog by their side.
We proceeded discoursing about the most probable goal of such hunt, when suddenly we heard behind us a din of rumours and noises clearly orchestrated and then a rifle shots which marked the end of the hunt.
We still continued pushing on our pedals, sometimes dealing with comfortable paved roads and other times with much more challenging paths, partly muddy and partly snow-covered.
Often, the off-piste track was cleaned between the fields completely covered with snow, that gave us a sense of admiration for the particular attention for the cycling that characterized citizens or local authorities.

Finally, we rode across the flat landscape, and we literally felt our legs melting, thanks to the more regular and linear ride that we were waiting since the beginning. Here we decided to stop in order to have lunch: a menu based on soup and beer.
Just the time to fix Paolo’s hole in front of the restaurant, and we resumed our ride towards Linz.
The crossing at a higher speed of dirt tracks characterized by many puddles let us talked about usefulness/uselessness of the mudguards, which not all bikes are provided on, since we were all covered by numerous patches of various shades of brown.

We continued riding until after sunset and we entered into a perfectly straight track that should run alongside a river, which we did not see, because beyond a blanket of trees.
Riding through the wood in the evening is always a fantastic feeling. Our powerful lights can illuminate a dozen meters in front of us, but pedalling at higher speed, the ground is revealed to you only a palm of your nose.
We kept riding in this way for almost twenty miles, all in silence, with that particular feeling of peace in which it seems to have the light thoughts that sublimate from your head.
In the meanwhile, Roberto took out the brakes of his bike and we had to be careful to advise curves and all the possible obstacles, since the eyes recognized them at the last minute.

But we finally arrived in Linz, only the last hill of about 1.5 km divided us from the hostel, where Renato from Vicenza, Gigi and Giampietro from Treviso and Ivan from Monaco together with Augusto, Toni, Gabriele e Claudio that left from Salizburg by train  were waiting for us. But there was no time for greetings. It was already 18.50 and in 10 minutes the dinner will be ready, then we’ll toss at table, postponing the pleasure of a well-deserved hot shower. 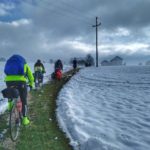 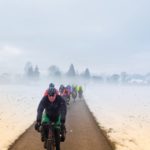 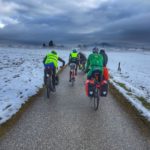 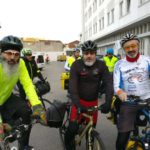 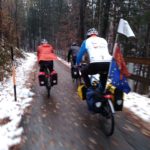 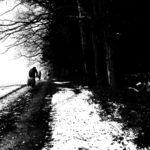 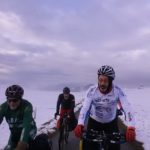 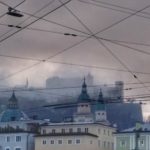