A river flowing along the plain

As usual, it is difficult to say how many cyclists have taken part in the first stage of RWU tour.

We left from Marghera in 34 cyclists , but along the road we crossed into two riders from Pedale Veneziano. Then, four more friends from FIAB of Treviso and Mogliano joined us.

Thus, in San Donà another fifteen cyclists took part to the first stage of the tour. Some of them are representatives of the local FIAB, some others are part of Franco Baradel’ cycling group (Magica Bike). Here, the Mayor Andrea Cereser welcomed us for a short official greeting. 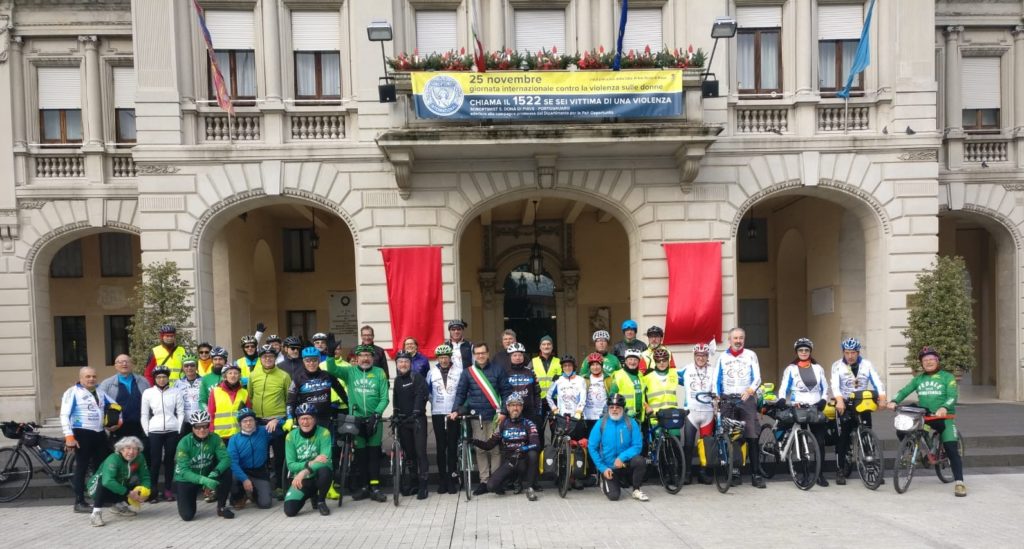 At this point some friends brought their bicycles to their way back home, but soon after 6/7 friends from Portogruaro’s sporting club – lead by Gabriele Cerasato – joined us on our way to Udine.

In short, the snake of cyclists continued to change in size along the way, reaching more than sixty participants.
The weather was perfect along the way, characterized by a cloudy sky with a temperature of 11 degrees. Almost a mild weather compared to what probably awaits us in the Alps.

After a brief pause in San Donà we stopped in Portogruaro at the headquarters of Ediciclo. Here Vittorio Anastasia, together with Vanessa, Lucia, Sarah and Greta greeted us with a warm welcome and provided us refreshments. We had just the time to describe our tour and then off again in the direction of Udine, where we arrived at 16.50 after about 145 km of bike ride. 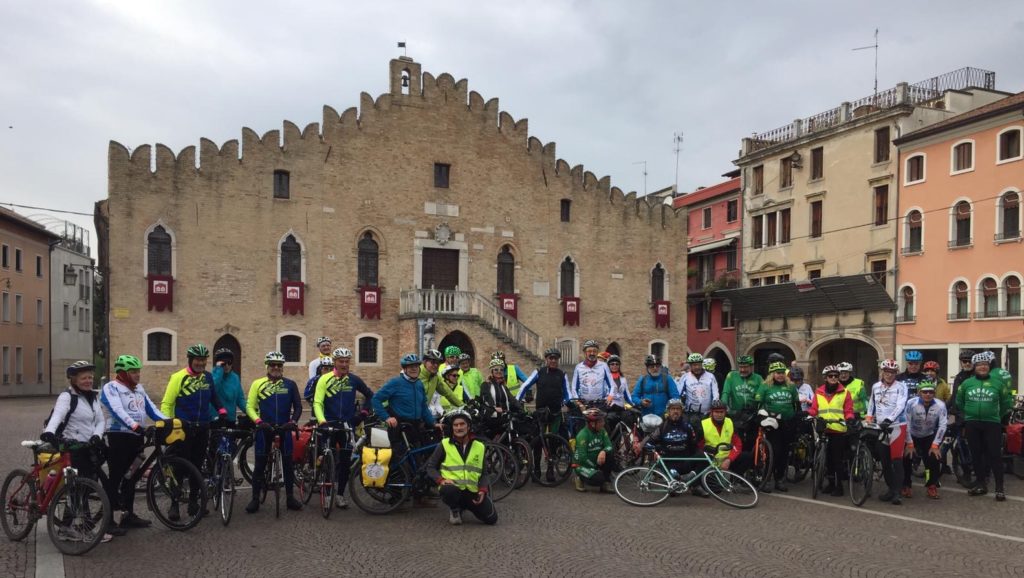 Just the time to take a shower because at 18 o’ clock we had to reach Udine University to attend the second conference of the tour, organized thanks to the help of Prof. Giadrossi, Climazione associations, WWF young and Terraè.
Elisa Cozzarini interviewed the climatologist Filippo Giorgi, also talking with the public regarding the topic of climate change. We saved a day full of emotions and great participation, but we are already preparing for the next stage towards Tarvisio.

Just a curiosity: It is always difficult to decide what to pack especially when you have to face a long journey in probably unfavourable weather conditions. Only a few will chose to stealing the left space for a second pair of shoes. Yes, sometimes it’s the perfect choice … especially if you accidentally slip along the edges of a small channel and end up into water.

A second pair of shoes is a godsend! 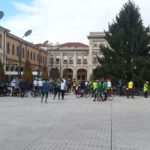 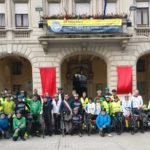 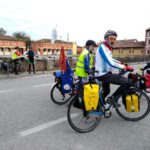 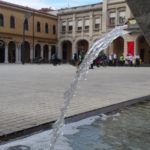 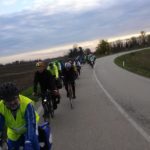 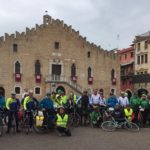 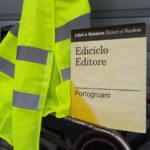 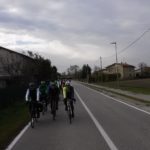 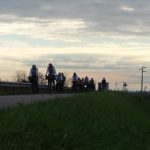 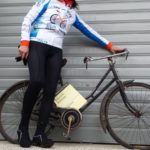 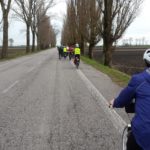 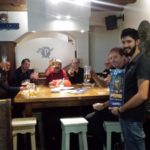