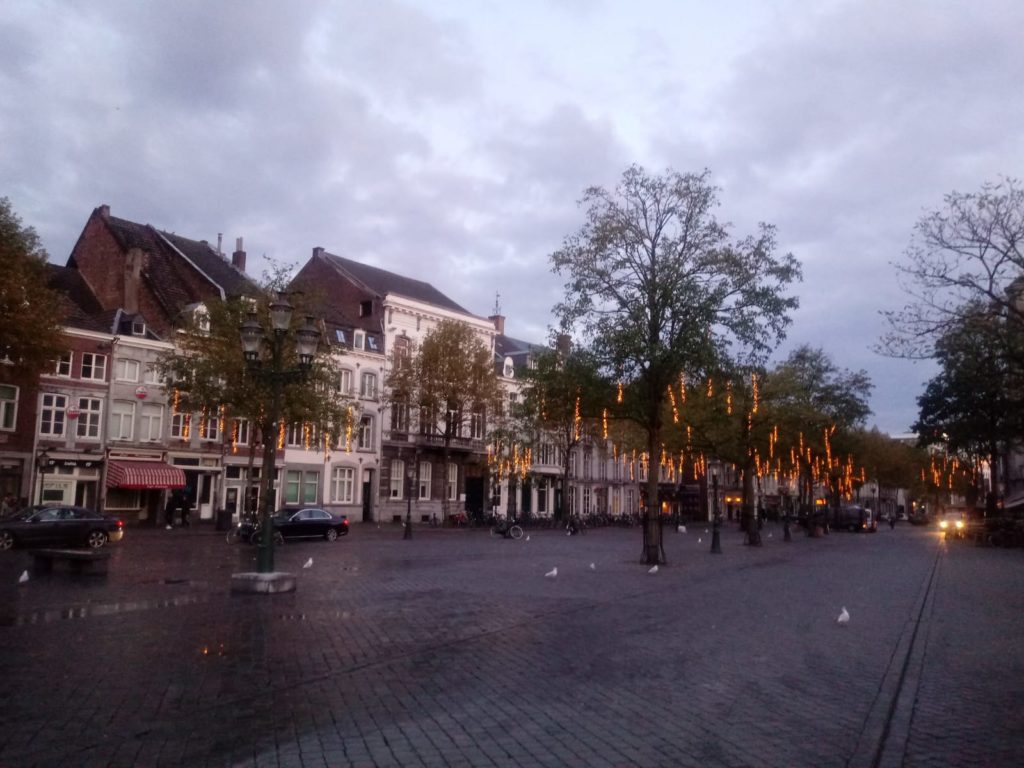 The last stage was very easy on the map, 112 km on a plain level for reaching the final destination.
However, the first obstacle was the time, due to the dense agenda that we organized for the afternoon.
At 3.00 pm we would have met the President of the Committee of the Regions (CoR). At 3.45 pm we would have been in front of the European Parliament, where The Greens would have greeting us. At 4.00 pm we scheduled the meeting with the Italian parliamentarians inside the Parliament and finally at 5.30 pm we would have reached Grand Place to meet the Councilor for Climate of the Municipality of Bruxelles.
Being on late on the first appointment would have caused a cascade effect on the following ones.

We convinced the hotel to have breakfast 30 minutes earlier than planned, so we managed to leave at 7.30am; however, the last stage is by definition full of unexpected event, and so it was.
At the departure Paolo lost his navigator. After having literally emptied his bags and turned his room upside down a couple of times, we decided to leave with 10 minutes of delay, riding with the thought of the Garmin that was gone (at dinner we would have discovered that it was stuck in a sweater).

The rain said “Good morning” to us and also the sky did not sound good.
We started riding at the right speed, without “tearing” the group and in a very few times we pedaled around 30-40 km.
The excessive optimism in respect with the travel time (“we will arrive at 2.00pm”, “at this rate we will arrive at 1.45pm”) and the pouring rain, called for a stop: “hot coffee”. We made it with near-surgical precision – looking the stopwatch – at 11.25, when Daniele had to connect with Radio3 Scienza. Unfortunately, the line cut-off just at the moment of going on air so the call was postponed by 30 minutes (at 11.45-11.50), which then slip at the end of the programme. Thirty minutes of delay are like a backpack full of stones in the middle of the climb of the Stelvio Pass.

With a series of joints between the coffee break and an interview done later than scheduled, in order to make up the delay, in a side street to avoid the noise of cars, Paolo and Daniele found themselves on the back of the group. They were thus forced to pursue the group which, in turns, was sure to catch up the two “on the run”. All seasoned with a fantastic headwind on the nose that, together with the rain, did not represent the best circumstances for riding.
The two, finally, reached the group on the umpteenth interrupted road due to “work in progress” (we found at least four of them within the day, so we had the doubt that the Belgian had decided to redo the entire road networks just on our passage). We keep riding at good speed despite the wind that seems to be heading in our direction from Bruxelles and we came back on the roadmap. A first puncture, then a second and a third (2 to 1 for Gianpaolo, winner of this special competition against Ugo) and so all the good intentions ended. 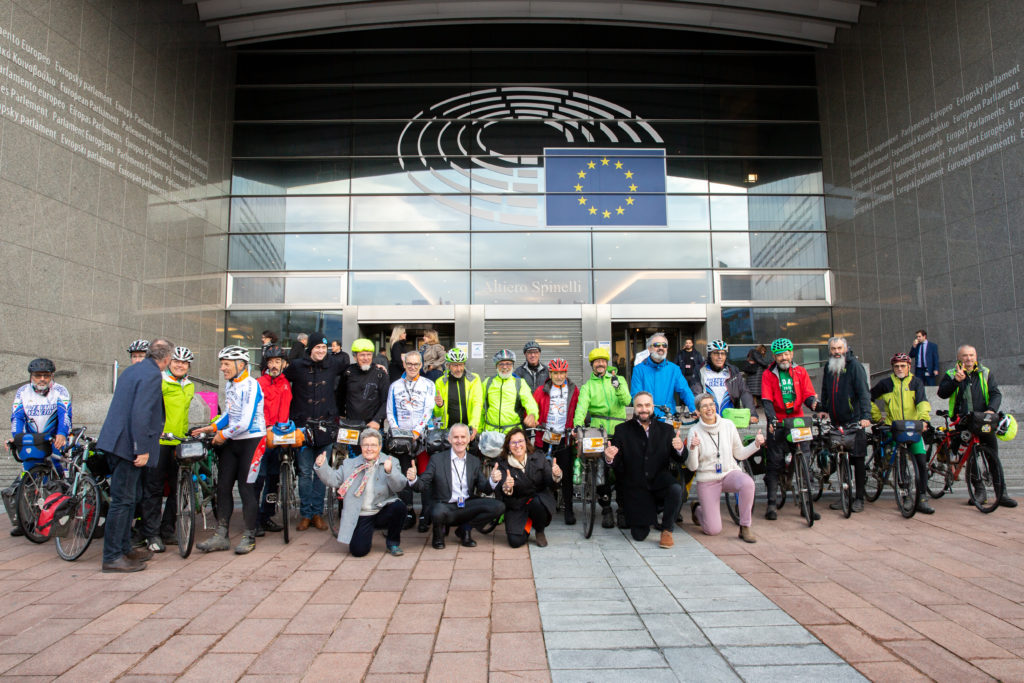 We tried to manage the delay and we arrived at the first appointment with the CoR with only twenty minutes of delay. Thanks to the help of Chiara Malagodi and Paolo Celot, we could have the opportunity to meet the President of the CoR, Karl-Heinz Lambertz, who, welcomed our initiative and informed us on the specific actions on sustainable mobility.
We had just the time for a photo-op, so we run in the direction of the European Parliament where a delegation of The Greens (Cuffe Ciaran – Ireland, Bloss Michael – Germany, Ainslie Scott – England, Metz Tilly – Luxembourg, Paulus Jutta – Germany, Rowett Catherine – England) welcomed us but soon after they run off towards their convention.

The management of the delay was complicated by another problem: where we could park our bikes (22 !!) loaded with our baggage? The European Parliament’ square was off-limits due to security reasons and parking the bikes in the middle of the street under any control was not the best option. We finally found a space controlled by a guard from the European Parliament, so we could run into the Parliament. The meeting, organized thanks to the support of MEP Rosanna Conte (presented by Leonardo Righetto) and MEP Eleonora Evi, who represents respectively the Committee on Fisheries and the Committee on the Environment. Here we discussed about the aspects connected directly and indirectly with climate change, from the perspective of developing more ambitious greenhouse gas emission mitigation objectives, to the subsidy reform for the transition from fossil fuels to renewable sources, and about the changes in the fishiness and the trophic chain of our seas, even hotter due to climate change.
The original idea of this meeting was to meet the representatives from the three main Italian political parties: M5S, PD and Lega; to push through the concept that climate change cannot be seen as a partisan battle, but requires the participation of all political forces in a sort of national climate pact.
Lega and M5S have confirmed their availability in this direction and we hope that even the PD, who could have not be there, can confirm the same commitment. 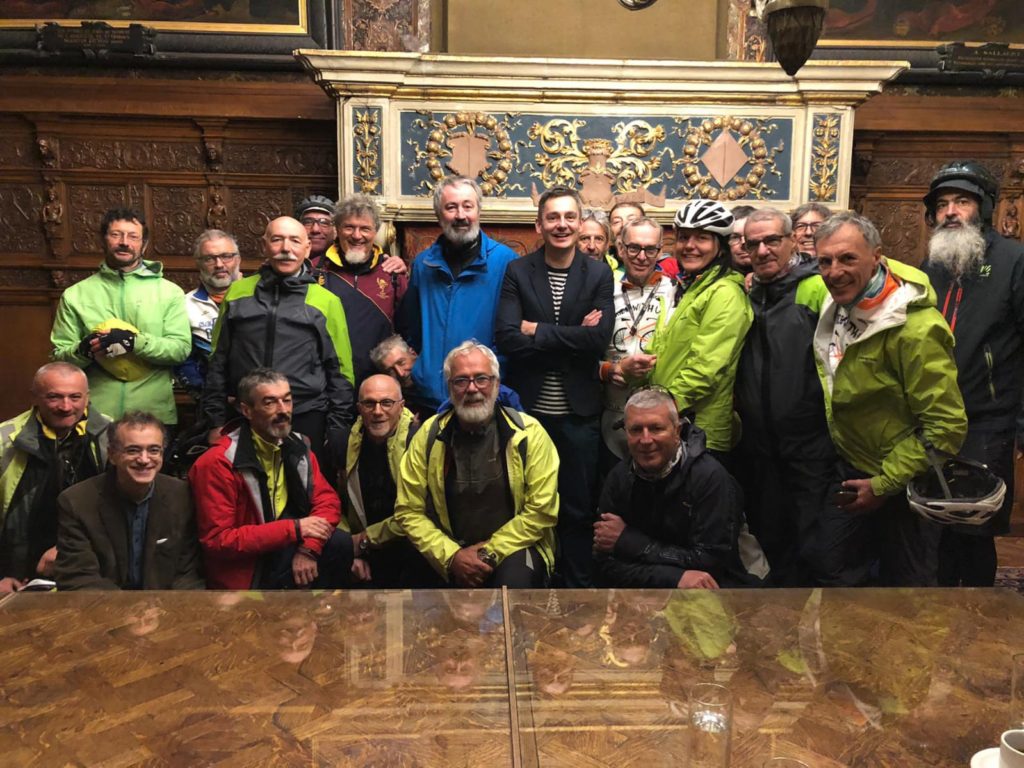 When we came out from the European Parliament, we met MEP Cozzolino, who personally congratulated us for the initiative.
But we did not have time even for a coffee because we had to run towards the Grand Place for the last meeting of the day, with the Councilor for Climate of the Municipality of Brussels, Benoit Hellings.

Unfortunately, he arrived 45 minutes later and many of us were sleeping on the chair due to the cold and the fact that we skipped the lunch.

The view of the hall of the City Council and the Councilor’s office awaked us with its beauty.
After a brief exchange of views with the Councilor, we took back our bikes with the hope of a hot shower, but it did not go like this.
Renato lost his phone, that it was found by a Belgian lady. So, he took a taxi leaving his bike in our custody for coming back after 40 minutes warmed up by a hot chocolate together with his phone.

After dinner we went to sleep immediately, because the day after we would have deliver all the letters collected during our journey to the European Commission. 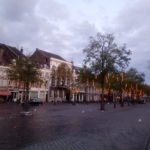 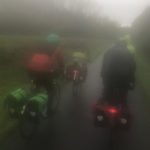 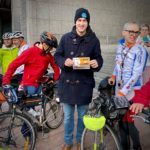 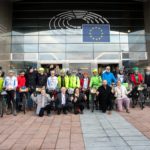 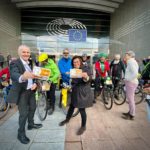 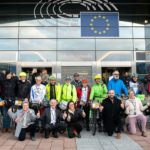 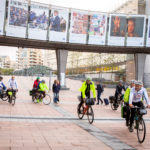 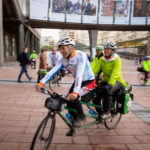 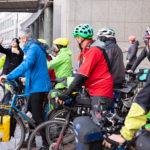 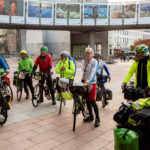 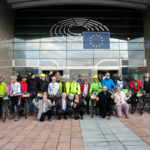 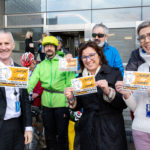 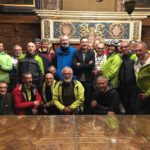 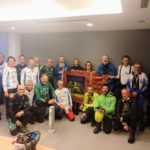 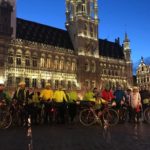 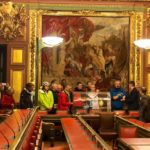 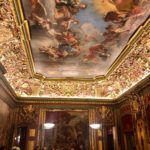 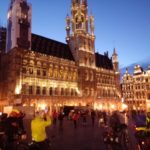 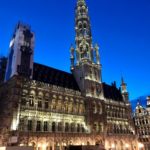 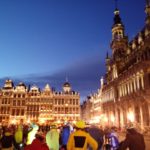